Recently I wrote that I was going to work on developing my own privacy-oriented, silicon-valley-free version of the Android mobile OS. Well, it turns out that a better guy than me is already way ahead of me on the same project, and he has a team. In fact the beta version of his phone is already out: 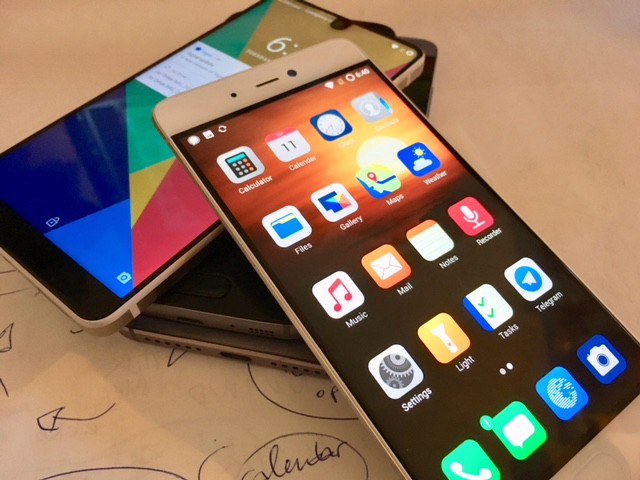 “At the end of 2017 Mandrake Linux creator Gael Duval announced an ambition to create a smartphone OS, one that didn’t rely on Apple or Google, with ‘my data is my data’ as his mantra. He saw the loss of respect for user data privacy, and the concentration of data power in the hands of a few giant corporations with its surveillance risks, and could see that something new was needed.

Today the e foundation, created to support the mission, announces the first beta of the /e/ mobile OS, for early testers to trial on a range of mobile phone models. They plan to have a stable version for general release by early 2019.”

Go to the /e/ foundation to read more.

So this obviates the need for me to develop my own Android version all by myself. I still will probably do it, just for fun, to learn, and to keep my computer skills sharp. In fact, I may just do some volunteer work for the e foundation.

Many, maybe most of the thoughts I have are not my thoughts. I did not spontaneously think them myself. They were put into my mind by other people, often a group of people. These thoughts were put there by these people because they benefit from me thinking them. Usually it’s a financial benefit. So, I think many thoughts because someone else wants me to think them for their own gain. I do not think them for my own benefit, in fact many of them are detrimental to my best interests.

And that’s ME, and I’m a freak, the type who writes an essay like this one. Many, more typical people, are very close to ONLY thinking thoughts that aren’t their own, but are put there to benefit someone else. If you took all those out and left only their own thoughts, there would be nearly nothing in their mind at all!

So, how do thoughts that aren’t your own become part of your thinking? And who put them their for their benefit and not mine? Well, these thoughts have many trajectories into your mind. From parents taking thoughts that aren’t theirs and putting them into their kids, to the personal influence of friends, coworkers and classmates, to mass media and social media, up to overt efforts like commercial advertising and government propaganda, from birth onward we are bombarded by the efforts of others to give us thoughts they want us to think. Who are these people? The biggest and most successful thought control campaigns targeting your mind come from commercial interests, governments, and religions. But on a more personal level, friends and family also put thoughts into your mind. Sometimes it’s their own thoughts, but most often they are acting as contagious agents trying to infect you with the thoughts infecting them, that originated with one of the big three – commercial interests, governments, religions.

Learn to perceive these foreign thoughts now residing in your mind! I suggest that you start to watch your own thinking, and start asking yourself, “why do I think this? When did I first have this thought, and who taught it to me? And where did they get it? Who benefits from me thinking it? And were they involved in putting it there? Is this thought true, and how do I know it is true? Does what I’m thinking benefit me, or someone else?”

I intend to do a lot of mental hygiene and thought correction through this site, and help people plagued by false, biased, fallacious, irrational and detrimental (to the thinker) thinking. I wrote of this months ago here, but the real work on it has been on hold. The person I most seek to help with better thinking is myself. I have benefited greatly in my life from having my flawed thinking corrected. I enjoy finding and correcting flaws in thinking, especially my own. And I hope that anyone who reads of my mental hygiene efforts will benefit as well.

In order to protect myself from having my private data stolen and used to extract money from me, I need total security for all aspects of my internet usage.  That means the operating system and all software running on it, the browser, my WLAN, my phone and all of its software, my border router, my IP address, the contents of my network traffic, my location, everything must be protected from ad-based business model tech companies.  So this will take several pieces of software and some configuration time.

I recently discovered Jaron Lanier, a world class computer scientist (he’s a capital S  Scientist, I’m a lower case s scientist hahahahha – funny but true!) who was putting forth very similar criticisms and concerns to mine, but long before I fully accepted how evil our industry has become, and that I have an ethical obligation to help users by doing what I can about it.  Internet users and Texas taxpayers paid for my education, training and experience.  I owe them big time – I can’t forget that, either.   So please give Jaron a listen, he wants users to be customers the internet industry serves, not data sources to be exploited and sold to people who only want to sell them more crap and take their money.

This picture was taken in 2002, when I was a very busy and very successful internet entrepreneur, business and IT consultant, and network engineer. I had my own internet company, 15 employees, offers coming in constantly. Even better, I also had a wife, a cute little 18 month old baby, and a beautiful big home in Dallas with a shaded pool and hot tub overlooked by a home gym. Those were great days for me and everyone around me. Cyberstation’s best month ever was August 2002. The next year, it was all gone. The dotcom crash was 2000-2002, but the telecom and independent internet and hosting provider business crashed in 2003. Our biggest business partner, IP Communications, suddenly folded in 2003. (This was 100% due to the purposeful sabotage and malfeasance of Southwestern Bell, the incumbent baby Bell. I could tell horror stories of the crap they pulled on DLEC’S!) We used IP Communications to connect to tens of thousands of our accounts across 5 states, plus I had a $50/hr, 40hr/week min. side contract with them. I was paid this retainer whether I worked or not, to be available for any internet networking or services problems or development they needed, and to lock me out of helping any of their competitors. Money was just rolling in, we had a new (to us) house, new cars, new appliances, new baby hahaha and good times. But all things come to and end, don’t they?

I was no spring chicken here, but I do look quite a bit older at times now, Fall of 2018. Mean ol’ Father Time takes his unrelenting toll on us all!!

Brings back good memories, even so!

Recently I closed all my social media accounts. There are many reasons why I did this:

END_OF_DOCUMENT_TOKEN_TO_BE_REPLACED

Win Me A Toy Daddy!